5 Ways to Spend Christmas in Colombia 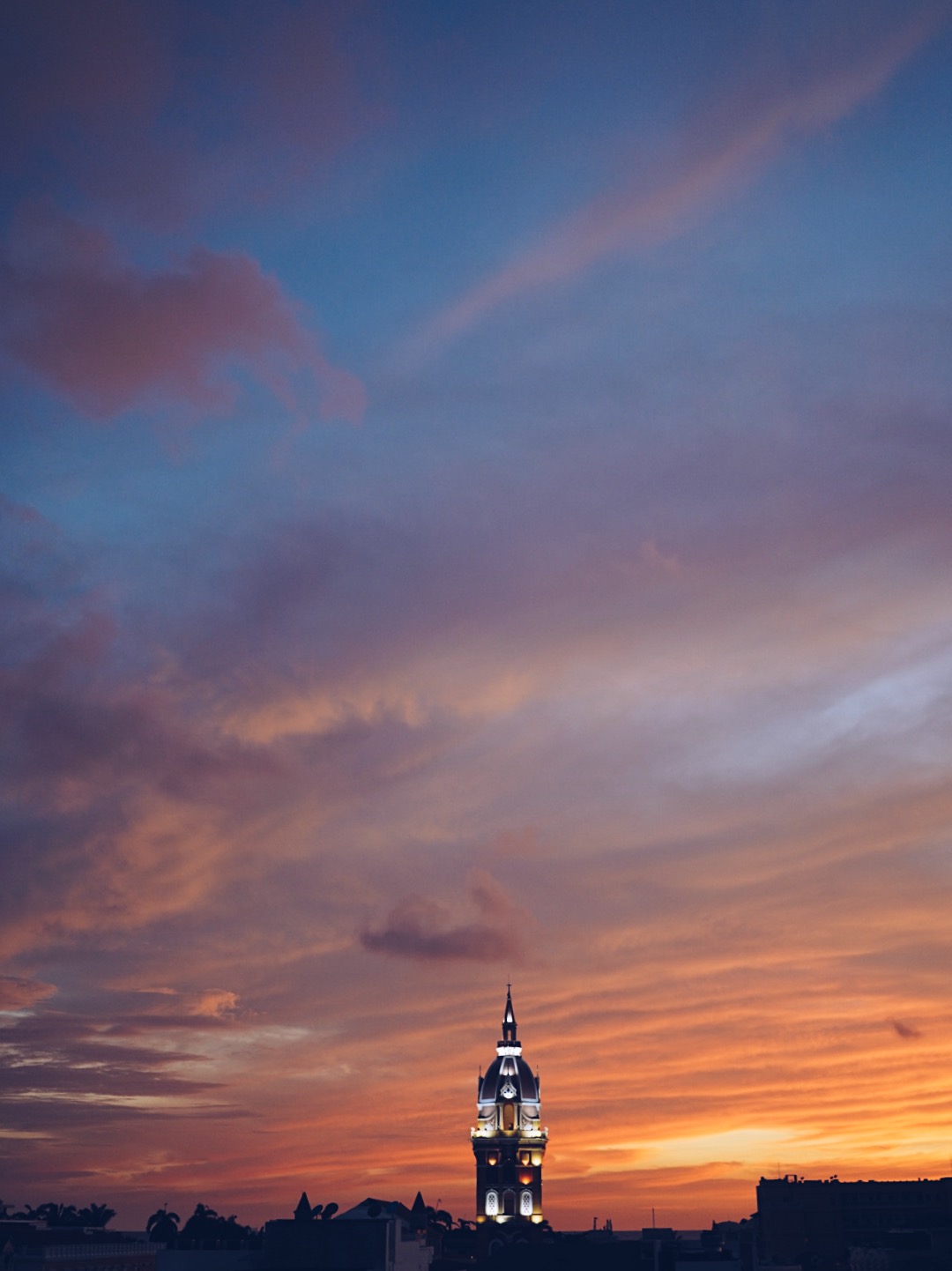 Few countries celebrate the Christmas season with as much enthusiasm as they do in Colombia. For the entire month of December, the entire country is alive with vibrant celebrations that include festivals, dancing, family get-togethers, and of course, lots of eating and drinking.

So, if you’re planning a visit to South America or just looking for some alternate ideas for your holiday celebrations, why not consider spending your Christmas in Colombia?

Here’s everything you need to know about traveling to Colombia in December, including weather conditions, travel tips, and some local traditions you won’t want to miss out on!

Weather-wise, December is an incredible time to take a trip to Colombia. As this country is located near the equator, temperatures in the region tend to be fairly even year-round. However, visiting Colombia in December means the notoriously rainy skies will start clearing up and you’ll be able to enjoy mildly warmer temperatures and typically dry weather.

Considering the holiday season and Colombia’s more travel-conducive weather during December, it’s no surprise that travel costs do rise during this time. Be prepared for higher prices for your flights and accommodations, as well as a minimum stay of 3-4 nights imposed by most hotels. There are many fun things to do in Colombia in winter, but you may have to pay a little more for some of the top attractions as well.

Tradition has always been an important aspect of Colombian culture, and this is particularly emphasized around the Christmas season.

As Catholicism is still the main religion in Colombia, many of the traditional values expressed over the holiday season carry a strongly religious tone. You’ll find festivals in honor of the Virgin Mary, midnight masses, and nativity scenes displayed throughout the country. But while Christmas is a time of expressing religious values for Colombians, it’s also a very important time for connecting with family and friends.

Colombia has some amazing traditions that help them make the most of the convivial holiday spirit! Let’s take a look at three of the most beloved Colombian Christmas traditions: food, decorations, and celebrations.

Christmas just wouldn’t be Christmas without traditional culinary specialties. And, as in most cultures, cuisine definitely plays an important role in Colombian Christmas celebrations!

There are a variety of delicious Colombian Christmas foods that are specifically prepared over this time of year. While there are a number of tantalizing savory plates that are typically served, desserts are the most looked-forward to dishes in most families.

The local favorite is natilla, a sugary cinnamon and coconut custard that is usually paired with buñuelos, fried cheeseballs. If natilla isn’t on the menu, arroz con leche, a rice pudding topped with raisins and cinnamon, or hojuelas, hot fried pastries sprinkled with powdered sugar, usually are.

During the primary Christmas celebrations on December 24, Colombians often serve lechona, pork stuffed with peas and rice, for the main meal. Some common alternatives to this dish are ham, turkey, or other year-round favorites like Tamales or Ajiaco.

Colombians host dinners and parties with family and friends throughout most of December, especially in the nine days leading up to Christmas. So, if you’re traveling through the region over the holiday season you’ll be almost certain to try one or more of these sweet and savory dishes! 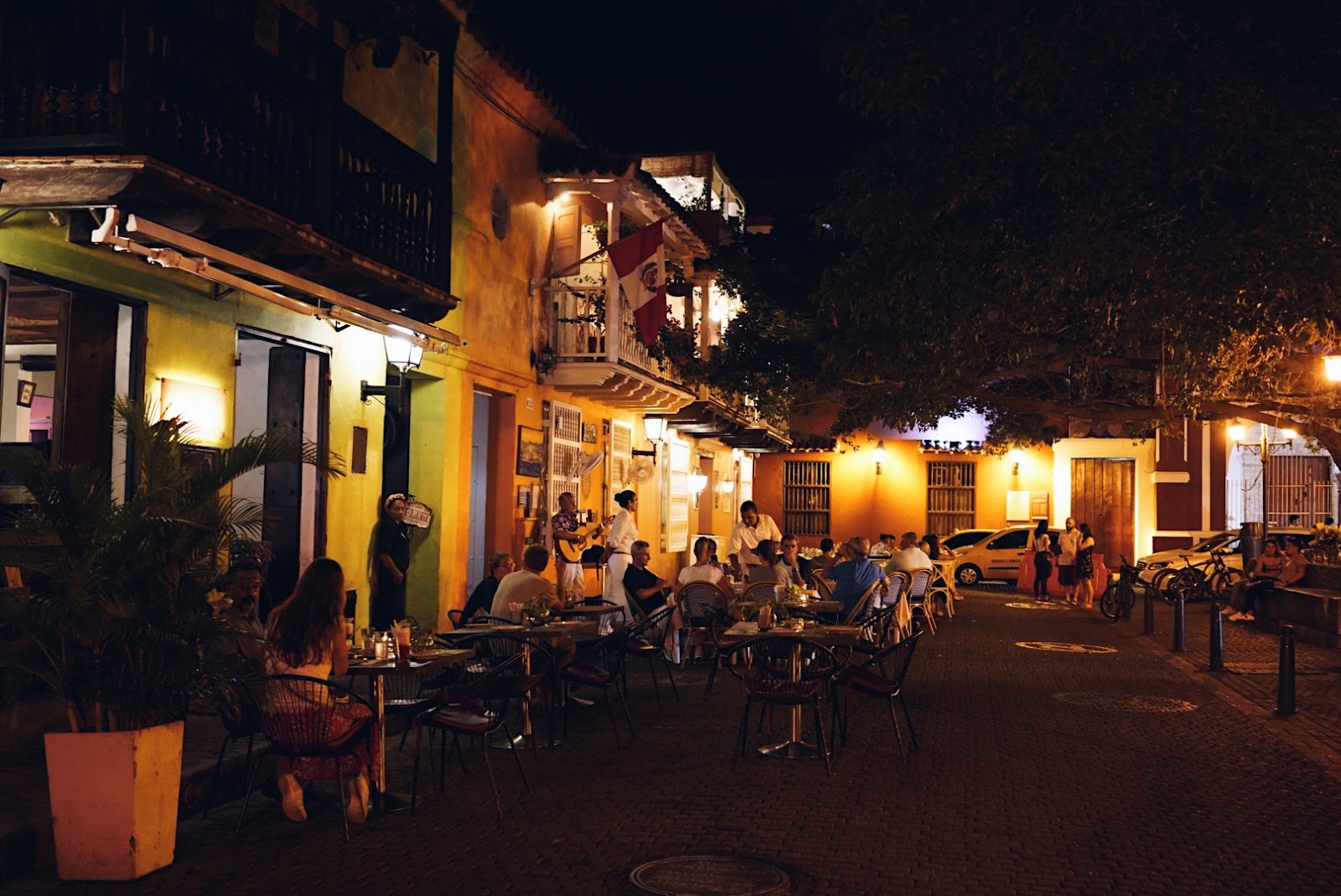 If you’ve been to Colombia in December, you’ll know one thing for certain: Colombians love Christmas decorations! Throughout the cities and in almost every home, you’ll find decorated Christmas trees, exquisite holiday lights, figures of Santa Claus or snowmen, and plenty of decorative candles.

One of the most central Christmas decorations in Colombia is known as El Pesbre, or the nativity scene. Hotels, apartment complexes, and restaurants go to great lengths to design impressive scenes that sometimes include water features and planted flowers. El Pesbre also plays an important role in Colombian home decorations. In early December, most children will write letters to niño díos (baby Jesus) asking for specific gifts. They place these letters in the nativity scene and hope that baby Jesus, not Santa, will bring them gifts on Christmas Eve.

Leading up to the final Christmas celebration and gift exchange, it’s common for friends and family to play aguinaldos. These are silly games or challenges that must be completed in order to “win” gifts. Some examples are “three feet,” where you have to keep your opponent from placing their foot between yours, and “straw in the mouth,” which involves keeping a straw in your mouth all day. These games provide a lot of laughs and, of course, you usually “win” your gift even if you lose the game.

The most important celebration of the holiday season takes place on Christmas Eve in Colombia. On this day, the entire family gets together for a meal, games, and a gift exchange. After all the festivities of the day, families usually go to a midnight mass and some people will stay up all night continuing their celebrations. After an entire day and night of celebrating on the 24th, Christmas Day in Colombia usually finds people relaxing, eating delicious leftovers, and spending time with the family.

Top Things To Do in Colombia in December

Now that you know a bit about some of the general Christmas traditions in Colombia, you may be wondering about some specific events you can participate in during the holiday season.

We’ve got you covered with this list of the 5 best things to do in Colombia in December!

You won’t want to miss out on this unofficial firework festival on November 30! At the stroke of midnight between the 30th November and 1st December, thousands of fireworks are set off in cue across the city of Medellin to welcome in the Christmas season. This relatively new tradition dates back to 2003, but it’s quickly becoming one of the local favorite holiday things to do in Medellin.

Dia de las Velitas, or Little Candles’ Day, is celebrated on December 7th. This Roman Catholic holiday, the Eve of the Immaculate Conception, is celebrated in many countries worldwide and officially marks the start of Christmas in Colombia. During this celebration, Colombians light small candles and paper lanterns and place them on the windowsills and balconies of their homes. In several of the larger cities, the parks and roads are also decorated with flickering candle displays.

In Colombia’s capital city, Bogota, several of the streets are even closed down to vehicle traffic, making it even easier for people to admire the lights. While this festival is celebrated in almost every region of the country, it’s definitely considered one of the top things to do in Bogota in December.

Perhaps one of the most popular tourist attractions in Colombia in winter is El Alumbrado, the Christmas lights festivals. Colombian Christmas decorations are always on the extravagant side, and there’s no better example of this than these extensive light shows. If you want to see the best lights in the country, plan to visit Medellin. This popular city has been doing lights for over 50 years, and the Medellin Christmas lights made it into the top 5 list of all world-wide holiday light displays in 2017!

The Medellin lights are always hung around a particular storyline, and it can take the city weeks to hang and prepare the lights. Each year, as well as millions of light strings that line the river bank and streets, elaborate themed displays are situated in many places throughout the city. The best places to go in Medellin to see lights are Parque Norte, Envigado, Sabaneta, El Centro, Parque Poblado, Itagüe and Nutibara Hill.

Of course, admiring Christmas lights is better while sampling traditional Colombian food for Christmas. Medellin has got you covered here, with an entire street devoted to vendors selling buñuelos, natilla, hojuelas, and more!

If you’d really like to get to know some locals during your visit to Colombia in December, you should try to join in on a family novena. One of the more religious Colombia Christmas traditions, during the time of novenas families get together to recite prayers, sing carols, and socialize. Novenas take place every evening on the nine days leading up to Christmas Eve from December 16 until the 24th and the gathering is usually hosted in the home of a different family member each night. While there are definitely some important religious traditions tied to this event, it is also a fun social evening, with food, drink, and music. If you get invited to join in on a family novena, you’ll definitely want to take the opportunity! This is one of the best ways to connect with locals and get to know the cultural importance of a Colombian Christmas.

While the main festivities take place before Christmas Day in Colombia, there are a few celebrations to look out for afterwards as well. One of the local favorites is Día de la Inocencia, or Day of the Innocents. Similar to April Fools Day in North America, this festivity is centered around jokes and pranks. Even the media gets involved by broadcasting pranks on TV or publishing funny stories in the news. This celebration keeps the fun going between Christmas and the New Year. So if you’re travels keep you in Colombia through December 28, be sure to keep alert for pranks from the locals!

There you have it — a little bit about the cultural history of Christmas in Colombia and our tips for the best things to do in Colombia over the holiday season!

What to do for New Year’s Eve in Cartagena

Copa America 2019: Everything you need to know